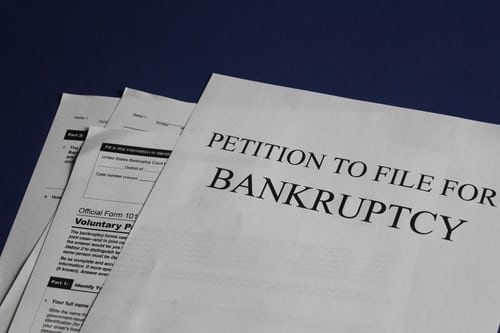 Bankruptcy is a process by which a person or business entity who cannot repay their creditors seek relief from their debts. Bankruptcy is commonly declared during insolvency which is defined as the state of being unable to pay one’s debts. Insolvency and Bankruptcy are not interchangeable nor are they synonymous as bankruptcy is a legal status which is not mutually exclusive with insolvency. Bankruptcy should be considered a last resort for those overwhelmed by debt as while it may allow an individual or entity to recover without the burden of most debt, the fact that bankruptcy was declared by the entity can be seen on its credit report which may significantly affect future creditworthiness. This association may result in difficulties in borrowing in the future, increased requirement for collateral, and increased interest rates. Debt collection agencies such as debt collection Queensland will often attempt to negotiate with a debtor and arrange payment plans if it is deemed that a debtor is facing financial issues and may be unable to settle. If an alternative is available, it is almost always recommended to take it even though it might result in greater short-term expense. This article will discuss the various aspects of bankruptcy and the process of filing for bankruptcy.

The process of filing for bankruptcy is dependant on the jurisdiction but in almost all cases, the advice of an attorney and financial advisor should be retained as bankruptcy has long-term financial and legal outcomes and should not be declared lightly. Due to these reasons, it is often advised to negotiate with creditors and arrive at a settlement – many creditors would not be opposed to this as it is in their best interest to receive at least a portion of their debt compared to essentially nothing obtained from an insolvent debtor.

Once bankruptcy is declared and the process begins, the entity’s assets are liquidated and placed in a trust to pay off its liabilities. Debts which are secured with assets are often yielded to the creditor as they already have recourse, and the remaining amounts are settled. In the insolvency of a company, the owners’ assets are not liquidated, provided the company is registered as a Limited Liability Company or its equivalent (incorporated as a separate legal entity), however, the owners will only be compensated for their share in the company if any cash remains after settling all liabilities, which is often not the case. In the case of an individual, there may be exempt assets such as personal items, tools needed for employment, pensions etc. which will not be liquidated.

After the process is over, the entity is bankrupt and is relieved of its listed debts meaning that its creditors no longer have any claim to payment from the debtor. They may not pursue legal action against the debtor or attempt to recover the money owed henceforth. However, depending on jurisdiction, certain debts may not be erased by bankruptcy and instead may persist through the insolvency with different credit terms or payment arrangements.